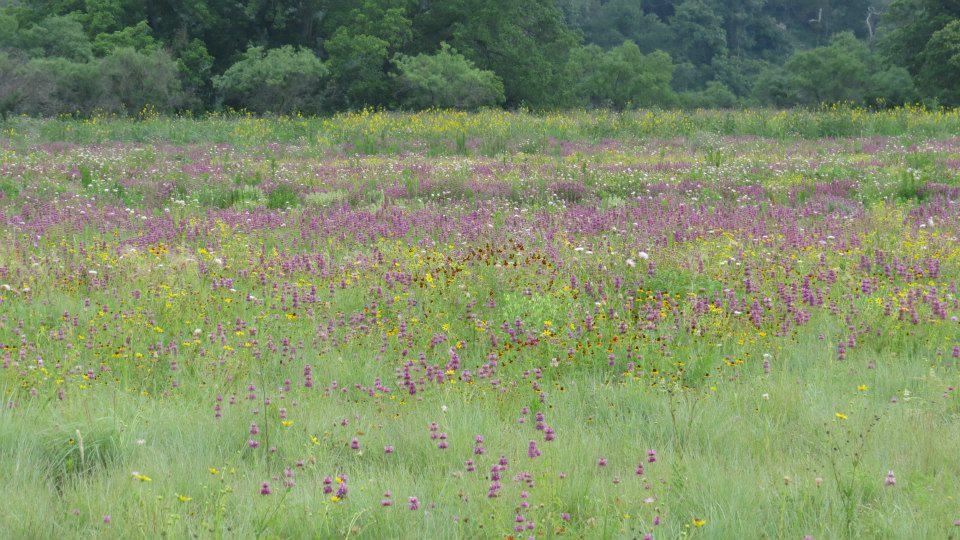 The Commons Ford Prairie parallels the majestic Colorado River–yes the real one is in Texas. Tall pecans and cypress line the banks of the river, and hikers enjoy the cool water after a long walk through the oak juniper woodlands that surround this 200-acre remnant tallgrass prairie ecosystem. Like many prairie ecosystems, Commons Ford Prairie needs fire to sustain diversity, prevent encroachment of woody and invasive species and reduce flammable vegetation levels.

There was only one problem with conducting a prescribed fire at this location. Just across the 100-foot-wide clear blue river, resting atop a steep, heavily wooded bluff, were thousands of homes. Many of those homes had wooden decks floating over the hillside, providing owners with a spectacular view of Austin and the preserve below. Our problem wasn’t the challenge of keeping the smoke from blocking their view, or concern about our ability to hold the fire within its prescribed boundaries. The challenge was rooted the residents’ fear of fire – a fear that was justified.

The residents of Steiner Ranch had seen smoke before, but it wasn’t from a carefully planned and executed prescribed fire. For some of them, the last time they saw or smelled smoke, it was the smoke from their own homes burning. During the 2011 Steiner Ranch Fire, many residents lost their sense of security as they watched those who are sworn to protect and serve face a seemingly insurmountable foe. In the end, 23 homes were destroyed in the 160-acre blaze that was caused by electrical lines. In the residents’ minds the woodlands that their children once played in were now a tinderbox and a threat to everything they cherished.

Fire leaves its mark on the land, and we have a word for it in the fire community. We call them “scars,” “burn scars” to be specific. In Austin and Travis County many of our burn scars are found on developed land.

Nature is resilient and we can rebuild, but the truth is we often overlook the scars that fire can leave on our hearts and minds. Burn scars can remain long after the fire is out, and those who haven’t experienced the helplessness of losing their home can provide little comfort.

The psychological burn scars created in the victims of extreme fire are often missed by local, state and federal responders. By necessity, once the wildfire is controlled they are off to attempt to protect the next threatened community.

Using the concept of “inoculation,” I began to ask myself, “could the prescription for healing burn scars caused by catastrophic fire lie in the restorative power of a good fire?”

I decided to make a risky request of my burn boss. I advocated that we invite the community members that feared fire most to observe our prescribed fire operations. We had worked with homeowners to encourage them to become a Firewise Community, and decided to leverage the local Firewise Board to coordinate resident awareness and participation in the burn. The Firewise Board worked hard to inform the community about the burn and build understanding about prescribed fire. They also identified residents that were interested in observing the burn, focusing on residents that had lost their homes in 2011.

The Austin, Texas Fire Department conducted this controlled burn at the Commons Ford Prairie in August 2013. The Steiner Ranch neighborhood can be seen in the distance. Photo Credit: Austin Fire Department

My role on the burn was to serve as a liaison to observers. I made note of those who had experienced home loss and worked to ensure that they felt as safe and comfortable as possible. Our plan was to include them in the entire process, from initial briefing to the “after action review.”

As we moved closer to ignition one of the attendees began exhibiting signs of distress. I feared that my plan was back-firing. Part of the stress associated with any wildfire is the sense that it is an uncontrollable force of nature. I needed to help the observers understand fire in a beneficial context.

What I did next changed everything. I gave them a job to do. I handed one resident a radio and another a map, and I asked them to monitor radio traffic and plot the fire as it progressed across the prairie. They were quickly transformed from passive observers into an important part of the burn operations. Countenances that minutes before were anxious and apprehensive shifted to grins. The healing that was taking place was tangible. The psychological scars that a “bad” fire had left behind had begun to soften. The inoculation with good fire was the antidote they needed to begin the recovery process.

As the smoke settled and we moved into the after action review phase of operations, the residents had just one question. “Can we come back and help you again next time you burn?” The honest answer was we couldn’t have done it without them.

(For more photos of the burn, check out the Commons Ford Prairie Restoration Organization’s Flickr page.)

We offer 2 ways to stay connected with us. Subscribe to our blog to get success stories, lessons learned, fantastic failures, research, and tips related to community wildfire resilience delivered to your inbox weekly every Thursday. You can also subscribe to “The FAC Circular”, our E-newsletter, which offers fire adaptation ideas outside the box.