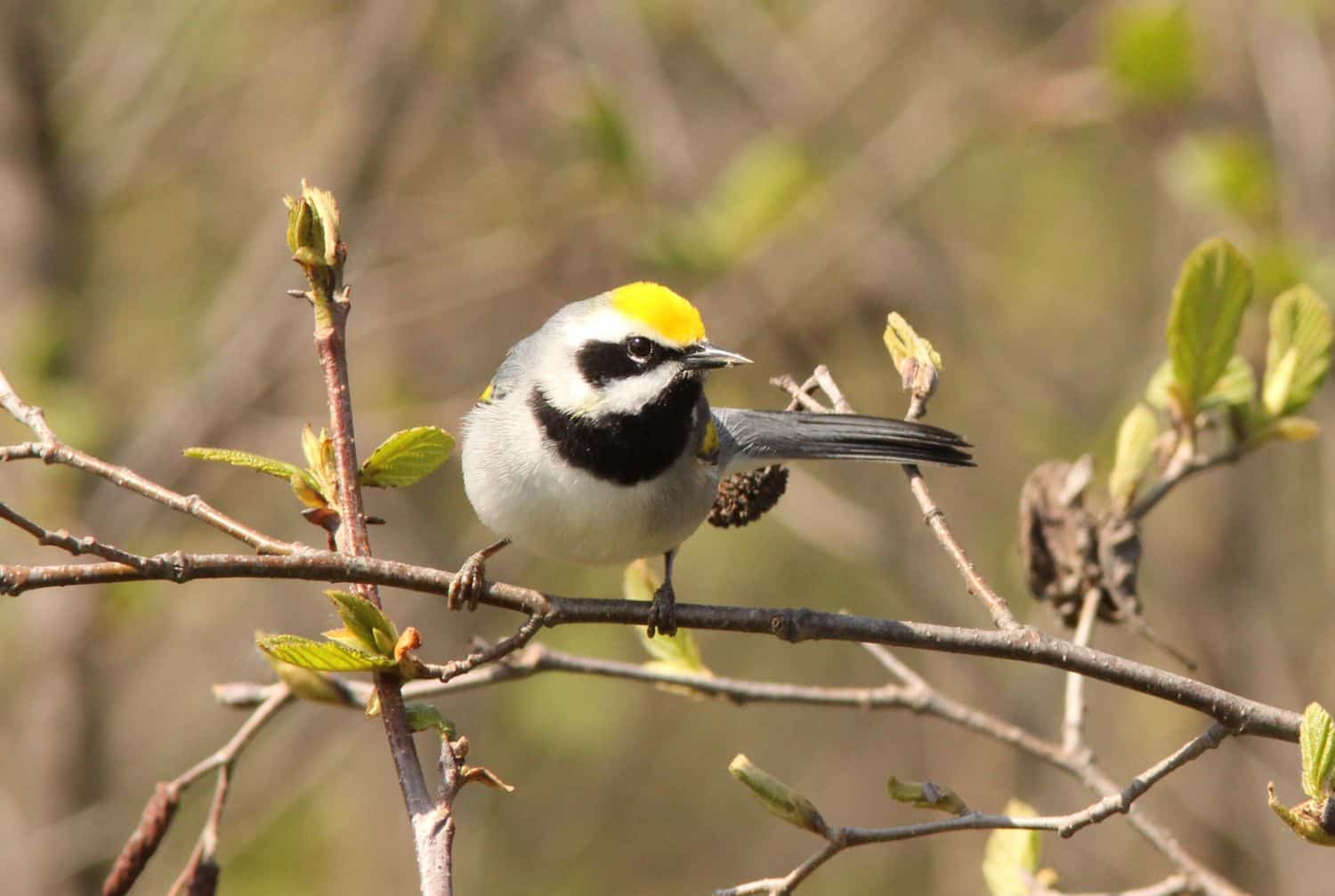 Photo Credit: “Preservation of our public lands without scientific management is reducing the prevalence of many of the species that I enjoyed as a kid. That means more threatened and endangered species. I don’t want my children to ever ask me, ‘Dad, have you ever seen a golden-winged warbler?’ ” Photo by Caleb Putnam shared via Flickr Creative Commons

As a young boy, I hiked, hunted and trapped. It was common to hear quail and grouse in young forests as sparrowhawks flew overhead. Today, these birds are rare in New Jersey’s forests and have been replaced by species like pileated woodpeckers, which feed on larvae beneath the bark of old, weakened trees.

The Pine Barrens of New Jersey is a 1.1-million-acre fire adapted ecosystem. It evolved with periodic fire, which renewed the forest and created a patchwork of different stand ages and sizes. The resulting mosaic supported a myriad of plant and animal species. Fast forward, and our exclusion of periodic fire and the lack of forest thinning leaves us with an old forest infested with pine beetles, which are native but more likely to kill weak (i.e., old and dense) trees. The result is a massive fuel accumulation that has been described by an article in the Rolling Stone as potentially catastrophic. As Figure 1 shows, New Jersey’s forests are becoming primarily large and mature.

Who wants to leave our forests at the mercy of catastrophic wildfire and destructive pests?

“The result is a massive fuel accumulation that has been described by an article in the Rolling Stone as potentially catastrophic.” Photo credit: Matt Hecht, U.S. National Guard shared via Flickr Creative Commons

As a response, the New Jersey Division of Fish and Wildlife approved a Forest Stewardship Plan (developed through a partnership with the New Jersey Audubon Society). The goal was to create habitat for the golden-winged warbler, a species that is quickly disappearing as our forests age. On a 3,000-acre parcel of state land known as Sparta Mountain, the plan proposed a series of 20-acre patch harvests over a 10-year period (totaling at 200 treated acres).

The outcry was instantaneous and loud, with concerned citizens and local environmental organizations claiming that this was a “logging plan.” Similar concern over logging had already removed the timber industry from most of our state, which is dearly needed to address these problems of dangerous fuel accumulations and a lack of diversity.

An Invasive Species Exacerbates the Problem

New Jersey has also recently been invaded by the non-native emerald ash borer, an insect that preys on ash trees. The ash population in New Jersey is estimated to be around 8 million. Mortality projections indicate that they will all be killed if left untreated. With no forest industry left in New Jersey, who will take down these dead trees? What of the increased fire risk that comes with 8 million dead trees in the forest?

New Jersey’s forest health crisis presents the need for scientists and those interested in the benefits and enjoyment of the forest to agree on a productive path forward.

Time to Come Together

We can all agree that we want a healthy and diverse forest for our children, so let’s reverse engineer that outcome by sitting down, finding some points of agreement and planning a solution. I see several points of agreement that could serve as a good foundation:

The economic burden placed on our children to address these problems will be astronomical, unless we find a way to reintroduce the forest products industry.

I don’t want my children to ever ask me, ‘Dad what does grouse drumming sound like?’ Or, ‘Have you ever seen a golden-winged warbler?’

Preservation of our public lands without scientific management is reducing the abundance of many of the species I enjoyed as a kid. That means more threatened and endangered species. I don’t want my children to ever ask me, “Dad what does grouse drumming sound like?” Or, “Have you ever seen a golden-winged warbler?”

We have identified the problems that are before us, and we have many points of agreement. Let’s get beyond the rhetoric and start the work.