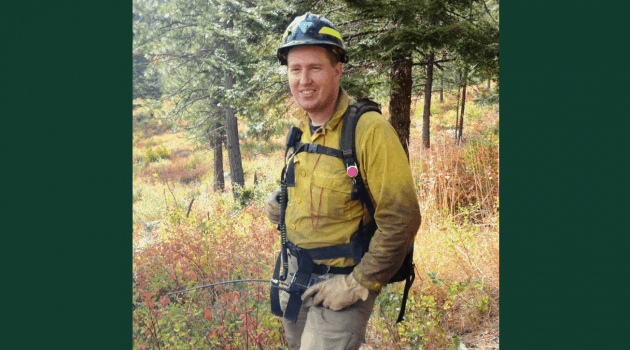 The Role of the Bureau of Land Management in FAC: An Interview with Richard Parrish

Richard Parrish graduated from Oregon State University with a Bachelor of Science in natural resources. He currently works for the Spokane District of the Bureau of Land Management (BLM) as the assistant fire management officer. He has worked for the BLM since 2003 and prior to that owned a forestry consulting business. He has been involved with the Washington State Fire Adapted Communities Learning Network (WAFAC) since its formation in 2014 and is currently the co-manager.

How would you characterize the BLM’s role in helping communities become more fire adapted?

The BLM supports fire adapted communities (FAC) efforts through our Community Assistance program. This program provided long-term funding to develop and operate WAFAC. Without the commitment from the BLM, WAFAC may not have been created. Additionally, the Spokane District supports communities with the development and refinement of Community Wildfire Protection Plans.

What I like the most is the level of support I receive from the BLM (both locally and regionally) regarding my work with communities. I can dream up a project with my partners and submit it for potential funding, with confidence that it will be taken seriously. It is through this support that I have been successful in helping several communities in Washington, and ultimately in developing WAFAC.

What advice do you have for people that are interested in engaging with the BLM as part of their fire adaptation work?

When engaging the BLM, just like when you’re engaging a community, you need to find a “spark plug” who has a passion for and believes in your cause. It may take time and lots of patience to show him or her what your program has to offer, but don’t give up. I can’t say that I have always been on the FAC bandwagon, but in 2013, I attended a WUI Conference and asked myself  “What is all of this “FAC” stuff?” We were already doing many of the things that people were talking about, so I did some brainstorming with someone who I met at the conference, Reese Lolley of The Nature Conservancy, and we developed a lasting partnership. It is through partnerships that you can increase capacity and leverage resources.

What advice would you give to other BLM employees interested in working with communities on fire adaptation projects?

I would encourage them to read about what a network can do to help accelerate their efforts. I’d recommend that they look to local groups and networks to increase their capacity, including their communications capabilities. Through developing WAFAC, we have cultivated new partnerships that otherwise may not have formed. For example, WAFAC has created opportunities to partner with the Washington State Department of Commerce. It is these partnerships that advance shared goals.

Can you tell us about someone who has influenced your thinking regarding wildfire adaptation?

There are several people who have influenced my views regarding wildfire adaptation. Two of those individuals are Reese Lolley, who I mentioned above, and Annie Schmidt of WAFAC. In 2014, Annie, Reese and I sat around a table in Colorado Springs  (at a FAC Net meeting no less) and scribbled ideas on a bar napkin. Those notes outlined the initial framework of WAFAC and were where it all started. Annie and Reese were as fundamental to this effort as my tenacious drive to find funding and keep it as close to the ground as possible was.

What are you most excited about working on related to wildfire resilience in 2017?

Last year, the White House invited Ryan Anderson (WAFAC’s executive director) and myself to discuss smart financing options for disaster mitigation. Similarly, we attended our governor’s visit to Spokane County this spring and highlighted local Firewise efforts supported by WAFAC. I am excited to leverage the momentum from those dialogues, as they increased the public’s recognition of WAFAC. WAFAC will continue to help our communities understand that Firewise is an important, but not the only, piece of the fire adaptation puzzle. We will continue to explain that FAC involves action before, during and after a fire and that everyone has a role in fire adaptation. Overall, I’m excited about the network’s potential.

If you wrote your own FAC memoir, what would you emphasize the most?

3 thoughts on “The Role of the Bureau of Land Management in FAC: An Interview with Richard Parrish”